In this article, we describe the genetical make up of all ZED RUN racehorses and how their abilities are created.

What is a Racehorse’s DNA

Before delving into how a racehorse’s ability is calculated, it is crucial that we briefly appreciate the genetic makeup of a ZED RUN racehorse.

Every ZED RUN racehorse’s genetic makeup is composed of a DNA combination, which is made up of the following three (3) characteristics:

In ZED RUN, there are four (4) bloodlines in total being Nakamoto, Szabo, Finney and Buterin. The Nakamoto bloodline is the most consistent and dominant bloodline whilst the Buterin bloodline can be the most unpredictable performer on the racetrack. 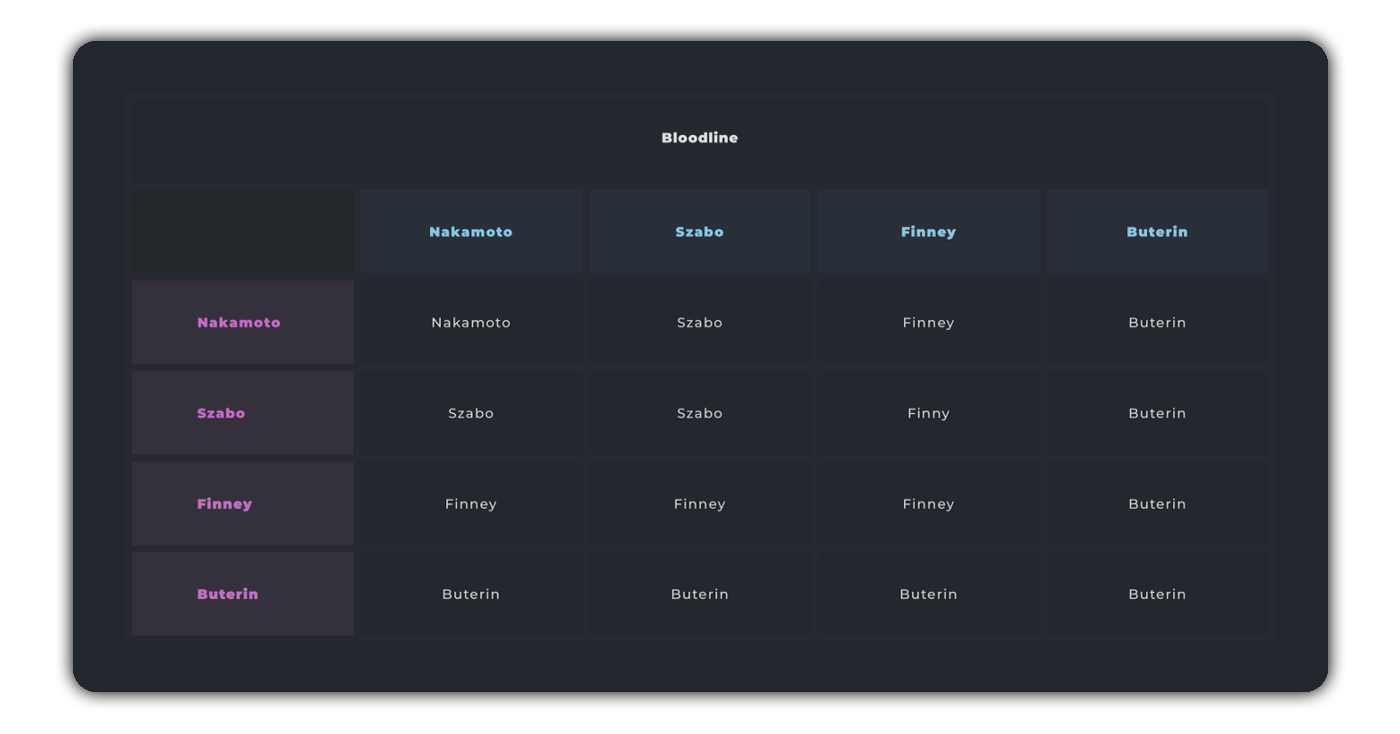 Each bloodline possesses different qualities that affect how a racehorse’s ability is calculated during the birthing and minting process.

From the outset, bloodline still plays the most significant role in contributing to a racehorse’s overall ability rating.

Therefore, the more sought after a bloodline is, the greater the chance of consistent success and performances your racehorse(s) will have on the racetrack.

Genotype refers to how far away a racehorse is away from its ancestors. What you need to know about genotypes is simple; Z1 is the rarest and gives you the highest chance of having a top performing racehorse(s). Genotypes max out at Z268 meaning, the higher the genotype, the lower the chance the racehorse will possess a strong racing ability.

Furthermore, when two thoroughbreds breed together, its new genotype is calculated as follows:

Given that you have an understanding of how breeding works, you would have noticed that it is impossible to breed another ZED RUN racehorse that has a genotype of 1. The lowest ZED type that can be bred is a ZED 2, only if two racehorses with a genotype of 1’s mate together.

Breed type is a hierarchy system that is used to broadly reflect genotype. There are six (6) breed types in total which are Genesis, Legendary, Exclusive, Elite, Cross and Pacer. 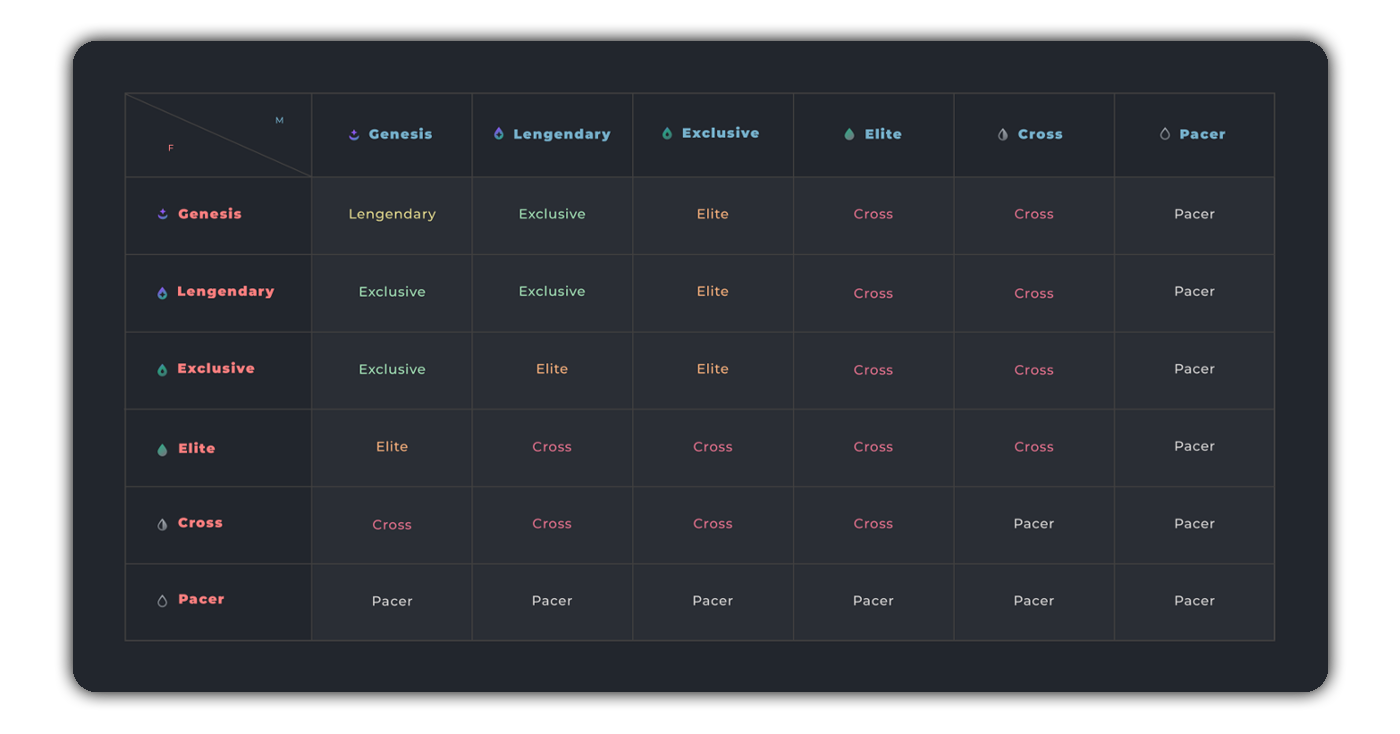